The Archaeological Site of Philippi

The Archaeological Site of Philippi is lying at the foot of an acropolis in north-eastern Greece on the ancient route linking Europe with Asia, the Via Egnatia. The Romans called it a “small Rome.

The ancient city of Philippi is now one of the most important archaeological sites in Eastern Macedonia. The site was originally colonized by the people of Thasos, who, aware of the area’s plentiful supplies of precious metals, timber, and agricultural products, established the city of Krinides in 360 BC. Soon after its establishment, however, it was colonized by the Roman empire and later the city was subject to major destruction in the earthquake of 620 CE.

Hellenistic Philippi had a fortification wall, a theatre, several public buildings, and private houses. Another important event marked the city’s history is the arrival of Saint Paul who founded the first Christian Church on European soil at Philippi in 49/50 AD.

The building has two levels of exhibition spaces for permanent display of the finds from excavations of the ancient city. The museum includes four major collections of finds from the prehistoric settlement, from the Hellenistic, Roman and Early Christian city of Philippi. 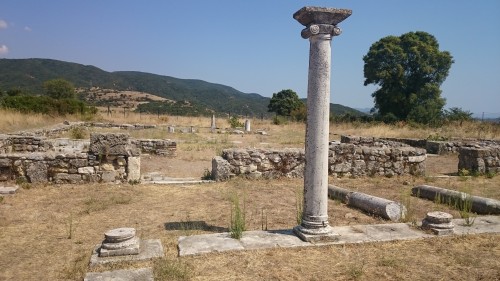